Why do Businesses Fail?

How can that be? It sounds counter-intuitive that a profitable business would fail. However, it becomes easier to understand when you consider the impact of “payment terms.” Payment terms are a measure of the number of days between the time a service is provided or a liability is incurred and the time payment is actually made. What are the average “effective” payment terms in a typical small business?

Cash out:
Rent–in advance
Employees–7 to 14 days (regulated by federal law)
Other Vendors and Suppliers–15 to 30 days

In other words, there is a distinct timing gap between the terms on money coming into the business and money going out of the business. When you combine that with rapidly increasing sales, you find the most common reason that the rapidly growing, “profitable” businesses failed to survive—they just ran out of cash. They had to pay their landlord, employees, and suppliers BEFORE their customers paid them—and they didn’t have enough “Working Capital” in their company to bridge that gap!

However, they didn’t fail simply because they ran out of money. According to the research, that cash shortfall was just a symptom of the real problem. The real underlying problem was that they didn’t have the management information they needed to successfully manage a dynamic business. In other words, they failed to maintain bookkeeping and accounting systems to provide them with critical management information—such as how much they had in the bank, which customers owed them and when it was due, which suppliers they owed and when it was due, etc.—the type of information required on a day-to-day basis to successfully manage a business in a changing business environment!

An Example:
Think of it like this. Imagine what it would be like to go bowling if they put a curtain at the end of the alley in front of the pins and turned off the projector for the scoreboard. How successful would your bowling game be?

You would hear the pins clattering, and someone would tell you that you have another turn—at least until the game is over. And you might have a wonderful time exercising and socializing with your friends. But what do you think your final score would be? You wouldn’t know how many pins went down. You wouldn’t know whether your ball needed to go more to the right or to the left. And at any given point, unless you’ve been keeping track in your head, you probably wouldn’t know how much more time was left in the game. Nobody would want to go bowling in that situation. Yet this is, effectively, what happens when you run your business without good accounting information!

Our accounting firm can help you get the information you need to run your business effectively!

Should My Business be an S-Corporation?

I recall that earlier in 2010 an accountant at your firm suggested that I could reduce my payroll taxes if I change my business status to a S corp.I dont recall if that was officially done, although I recall providing some information for paperwork.

Our answer to that question:

By withholding income and employment taxes from company paychecks and depositing those taxes on a more-frequent basis rather than making estimated tax payments each quarter or paying at the end of the year when you file your personal tax return.

When a business entity changes to an S-Corporation, however, it does have to report – or at least compile – balance sheet amounts (Cash in Bank, Accounts Receivable, Fixed Assets, Accounts Payable, Loans payable, etc.) and if the return is ever audited, the company has to be able to support those balances with auditable, contemporaneous, detailed accounting records.

In addition, the S-corporation is required to compensate its shareholders and owners (as well as any other employees) for the services they perform for the company, and that compensation must be in the form of W-2 (i.e. employment) income, from which federal and state income taxes and Social Security and Medicare taxes have been withheld, matched and remitted to the appropriate tax agencies on prescribed forms and schedules.

While written IRS codes and regulations dont indicate that there is a higher accuracy and support standard applied to Entity returns (S- and C-Corporations, LLCs and Partnerships) than there is to Schedule C returns, in practice that is clearly the case.

The net conclusion we draw from all this is that, unless a client is willing (and able) to handle the additional cost and effort involved in maintaining a solid business management and accounting process, we dont believe they should operate in the form of an incorporated business.

If you have questions about your business entity, contact us! We can help. 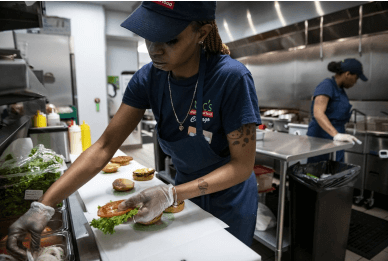 As a result of the recent Uber court case holding cab drivers to be employees (Click here to read the court’s decision), the recent doubling and tripling of penalties for non-filed W-2’s and 1099’s and, among other things, various employer attempts to reclassify W-2 employees as independent contractors to avoid the 50 employee threshold for health insurance under the Affordable Care Act, we want to provide you with some critical information about this issue and the upcoming increased IRS scrutiny, as well as a potential solution in the voluntary classification specialization program. (VCSP).
In late June, 2015 Congress dramatically increased the penalties for late filed, mistaken and unfiled Forms W-2 and 1099’s. In most cases the penalty is now $250 for each problem, with maximum penalties of up to $1.5 million! If you combine this penalty per form with payroll tax penalties exceeding 100% for misclassified employees you can clearly see that Congress is serious about addressing misclassified employees, and the IRS is stepping up its enforcement actions. We are seeing many employers incorrectly classifying employees as independent contractors, and as a result of this dramatic penalty increase,  we wanted to remind you of the rules, and also provide a potential solution to past problems. We also strongly encourage you to take the advice of tax professionals on this issue rather than the advice of business associates and friends⁠—a very common additional problem.

The IRS uses a 3-factor system to determine if an individual is an employee or an independent contractor: behavioral control, financial control, and a relationship test. If the employer misclassifies an individual as an independent contractor when they are actually a W-2 employee, all of the previously mentioned penalties may apply for both the current and previous years.

Because the penalties are so severe, we strongly recommend that you examine your relationship with any individual receiving a 1099. If they have been incorrectly classified, you will have a major financial problem when the IRS comes calling. Fortunately there is a program that can solve the problem for the past and the future, known as the Voluntary Classification Settlement Program or VCSP. We are able to complete the forms necessary to utilize this special program.

Under this program, the employer identifies those people that have been mistakenly classified as independent contractors in the past, promises to treat them as W-2 employees in the future, and pays a small 10% penalty on the employment taxes that should have been paid in the prior year. This program then provides protection and peace of mind for the employer for the future, but it needs to be submitted before the IRS letter comes. We can complete the forms for you and urge you to consider the potential problem and solutions.